The official description sells Blush as “a slap in the face and a call to arms”. But this isn’t the kind of slap that desensitizes you from the surprise of physical impact or the sting of violence. It taunts you and pushes you, always one step ahead. It reeks of revenge, and stings with shame. 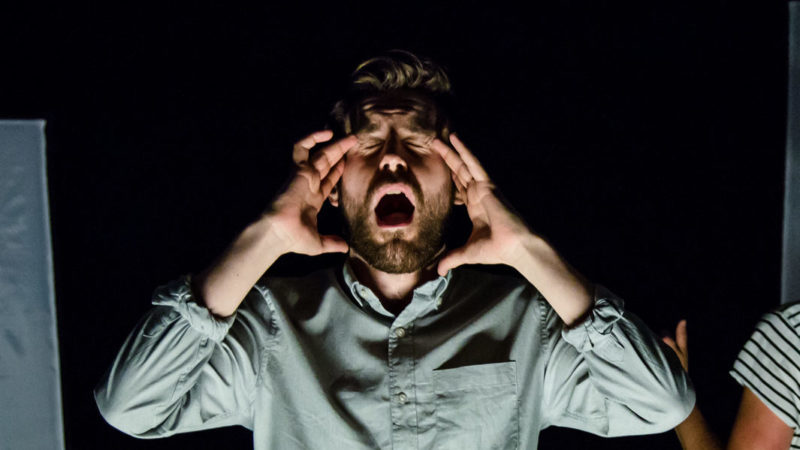 (Photo: The Other Richard)

The people and pictures painted blend together at times, kept together in a tightly executed production, aware and in full control of its style, letting tension rise and the room become smaller and smaller. Intricate sound design creates a cinematic thriller atmosphere as accents and physicality take us in a heartbeat from an NYC conference to the detergent aisle in Sainsbury’s.

It is difficult to take just one lesson to be learnt from Blush, or one overarching understanding of what is really good or bad. The richly woven script gives every confession and doubt a fascinating allure, which can distract from the direct understanding of the implications of what is being said at times. It is a show that toys with information and images, giving and taking as it sees fit, and holding the audience’s breath throughout. 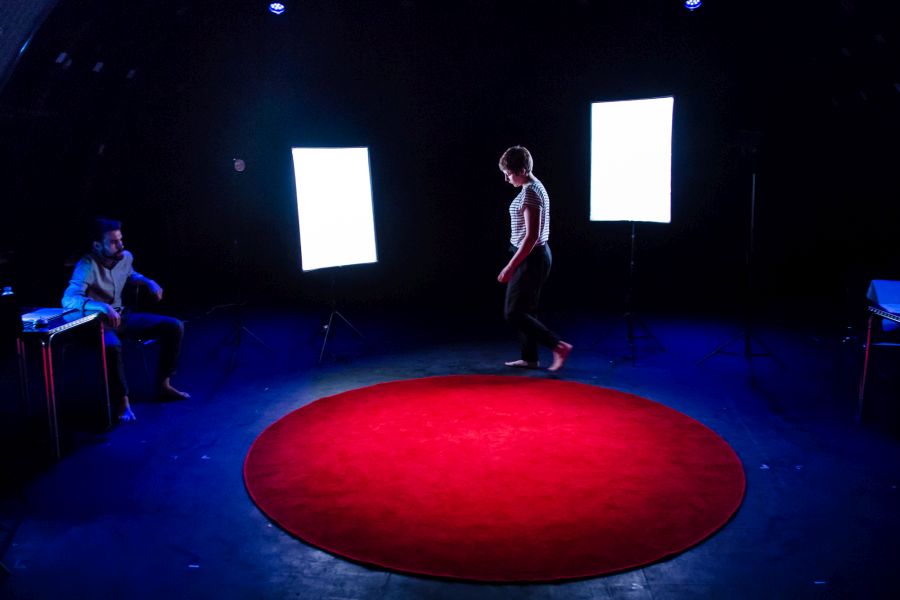 (Photo: The Other Richard)

While some characters stand taller than others, there is a consistent visceral strength to the people presented and performed. Sweat trickles as every muscle movement packs a tiny shot of electricity from stage to seat.

Based on a sobering and real phenomenon but also using subtle, significant artistry, Snuff Box Theatre create a show that consumes and creates a hurricane of thoughts on what is being presented, and how much of our personal lives can be swallowed and exposed by ourselves, and by the rest of the world. Chilling and dizzying, Blush grabs you by the flesh and doesn’t let go.